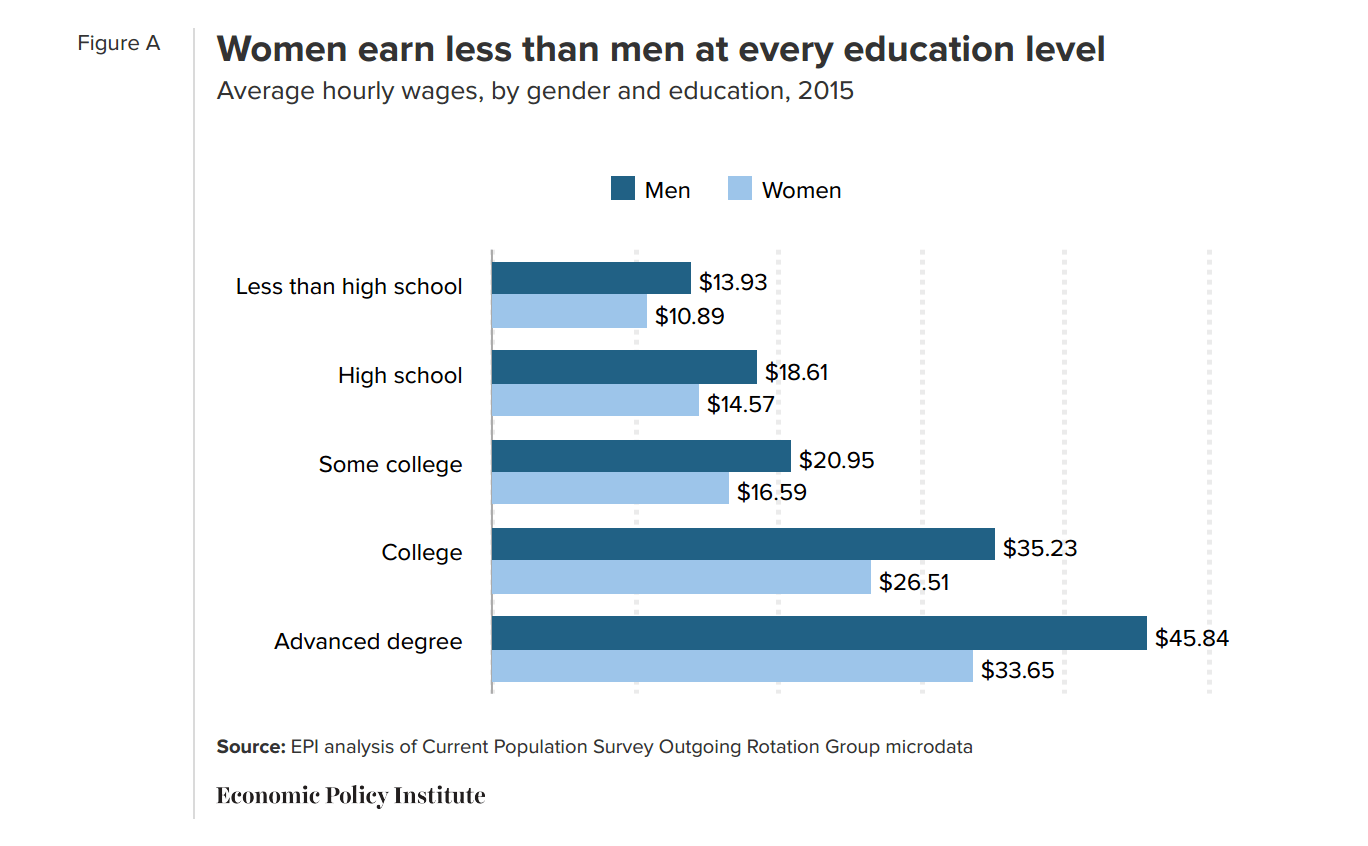 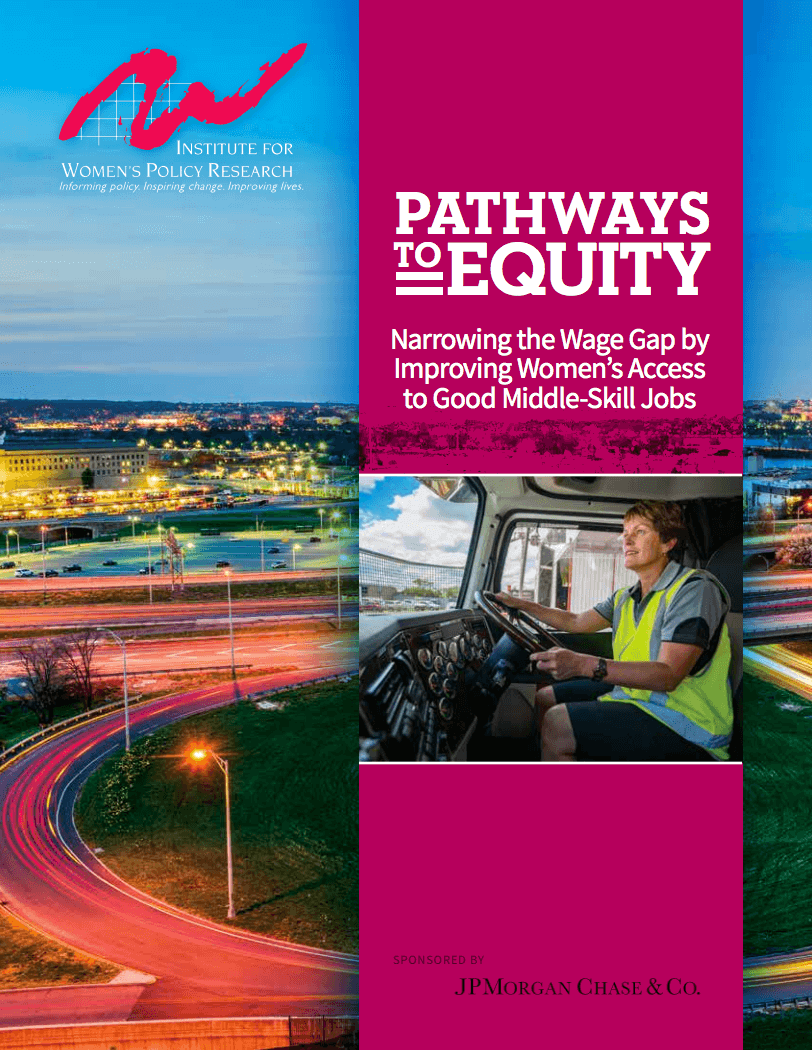 This report addresses women’s access to well-paid, growing, middle-skill jobs (jobs that do not require a bachelor’s degree). It documents sex segregation in middle-skill jobs, and discusses how gender integration of good jobs  could both reduce skill-shortages and improve women’s economic security. The report focuses on middle-skilled “target” occupations in manufacturing, information technology, and transportation, distribution, and logistics that have high projected job openings and that typically employ few women. Using an innovative methodology based on the U.S. Department of Labor’s O*Net database, Marc Bendick, Ph.D., of Bendick and Egan Economic Consultants, Inc, joined IWPR researchers Ariane Hegewisch, Barbara Gault, Ph.D., and Heidi Hartmann, Ph.D. to identify lower paid predominantly female occupations that share many of the characteristics of the “target” occupations and can serve as “on-ramp” occupations to good middle-skill jobs for women seeking to improve their earnings, and employers looking to fill the vacancies. The report is part of the Institute for Women’s Policy Research’s Pathways to Equity: Women and Good Jobs initiative, funded by a grant from the JPMorgan Chase Foundation as part of its of its $250 million, five-year New Skills at Work initiative.

More information and a full list of growing well-paid middle-skill occupations with potential “on-ramp” occupations for women can be found here. 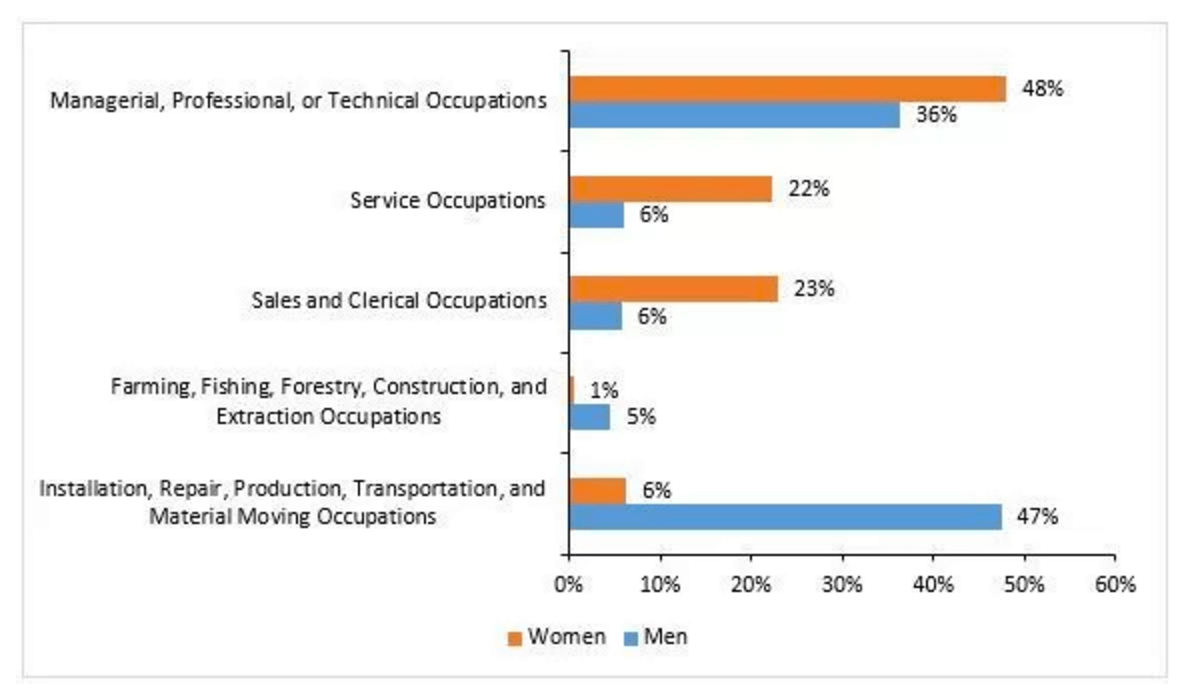 “Women and men enter job training programs with similar goals in mind—they want to expand their skill set, increase their earnings, and support their families. However, there is a gender divide in the occupational areas for which women and men receive training, which contributes to to inequalities in men and women’s earnings. Women are more likely to receive training in managerial, technical, and professional occupations, as well as in service and sales and clerical occupations (Figure 1). Men, however, are much more likely than women to receive training in male-dominated occupations like construction and transportation, which tend to have higher earnings than female-dominated jobs. This gender segregation in training programs closely resembles patterns in the labor market as a whole, where women are 72.2percent of office and administrative support workers, while men are 96.5 percent of installation, maintenance, and repair workers, and more than 97 percent of all construction and extraction workers.”

“Gender segregation in job training programs has important implications for women’s long-term economic security. Data for adults who finished training programs funded by the Workforce Investment Act (WIA) between April 2013 and March 2014 show that while women were the majority of those who received intensive and training services (51 percent, Table II-10) and were, on average, in programs of longer duration than men (Table II-18), their average earnings after receiving WIA services were lower than men’s. In the fourth quarter after finishing adult programs, women who exited programs between July 2012 and June 2013 earned $5,296 compared with $7,188 for men (Table II-31). (Published data do not provide information on earnings prior to receiving WIA services and include all exiters, not just those with full-time earnings.)”

Among our findings:
« Older Entries