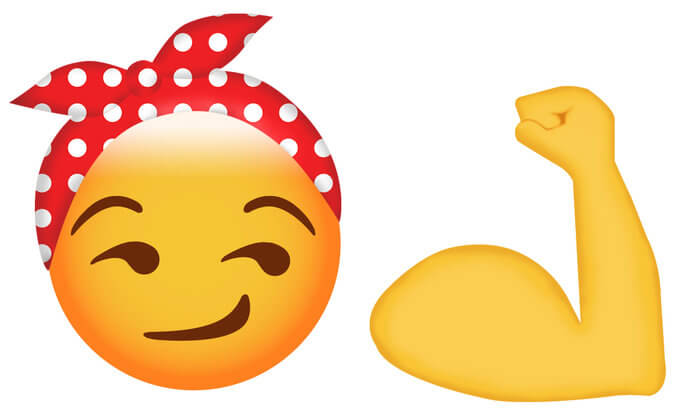 “She was markedly a woman. She was by no means a unicorn. Where was the emoji for her?

I began to scroll through the emojis on my phone. Yes, there were women’s faces, and tiny women’s bodies. But for the women actually engaged in an activity or profession, there were only archetypes: the flamenco dancer in her red gown, the bride in her flowing veil, the princess in her gold tiara. There was a set of ballet dancers complete with bunny ears and black leotards, their smiles indicating that, gosh, they were so grateful to God and everyone, really, for this opportunity to pose for Playboy. There was a woman getting her hair cut, and another with her arm out, Valley Girl, osmosis ditz, as if to say, Tenure? What is tenure? That sounds like an injury! Ow-i!

Where, I wanted to know, was the fierce professor working her way to tenure?

Where was the lawyer? The accountant? The surgeon? How was there space for both a bento box and a single fried coconut shrimp, and yet women were restricted to a smattering of tired, beauty-centric roles?”